Fears over slower growth were reignited, after two international organization slashed their forecasts this week.

The World Bank downgraded its 2022 Global GDP forecast to 2.9%, from 4.1% projected in January and the 5.7% growth in 2021, warning of increasing risk of stagflation, while President Malpass said that a "recession will be hard to avoid" for many countries. US GDP growth is expected to slump to 2.5% in 2022, a significant markdown from the 3.7% previously projected. [1]

The Organisation for Economic Co-operation and Development (OECD) was is similar pessimistic mood, as it projects GDP growth to slow sharply this year to 3%, around 1.5% weaker than projected in the December. The OECD also expects the US economy to grow by 2.5% this year. [2]

Oil prices remain elevated, since markets were unimpressed by last week's OPEC+ decision to boost output by 648,000 barrels per day in July and in August. This keeps inflation fears alive, as markets turn to Friday's US Consumer Price Index update.

Furthermore, Fed officials pressed-on with their hawkish agenda last week, right before the communication blackout period ahead of the July 14-15 policy meeting. The latest high profile commentary had come from come from Ms Mester (voter), right after Friday's solid NFPs.

Speaking on CNBC, the Cleveland Fed president noted that she is "not in that camp" of those who believe tightening should stop in September" and that she could "easily be at 50 basis points in that meeting". [3]

These factors have weighed on the US stock markets and the recent relief-rally of the SPX500, faltered last week, at key technical levels. Over the last several days, it has been lacking firm direction, around the critical 38.2% Fibonacci of the March High/May Low drop.

Its failure to move past this level, creates risk of a resumption of the downtrend that could initially send it towards 4,000, although it may be early to talk of further weakness below 3,784.

On the other hand, the SPX500 has defended the EMA200 so far, which gives it the right push for new monthly highs and look towards descending trendline from the aforementioned high (at around 4,230-40). However we are cautious at this stage regarding its ascending prospects, as the upside seems to contain multiple roadblocks. 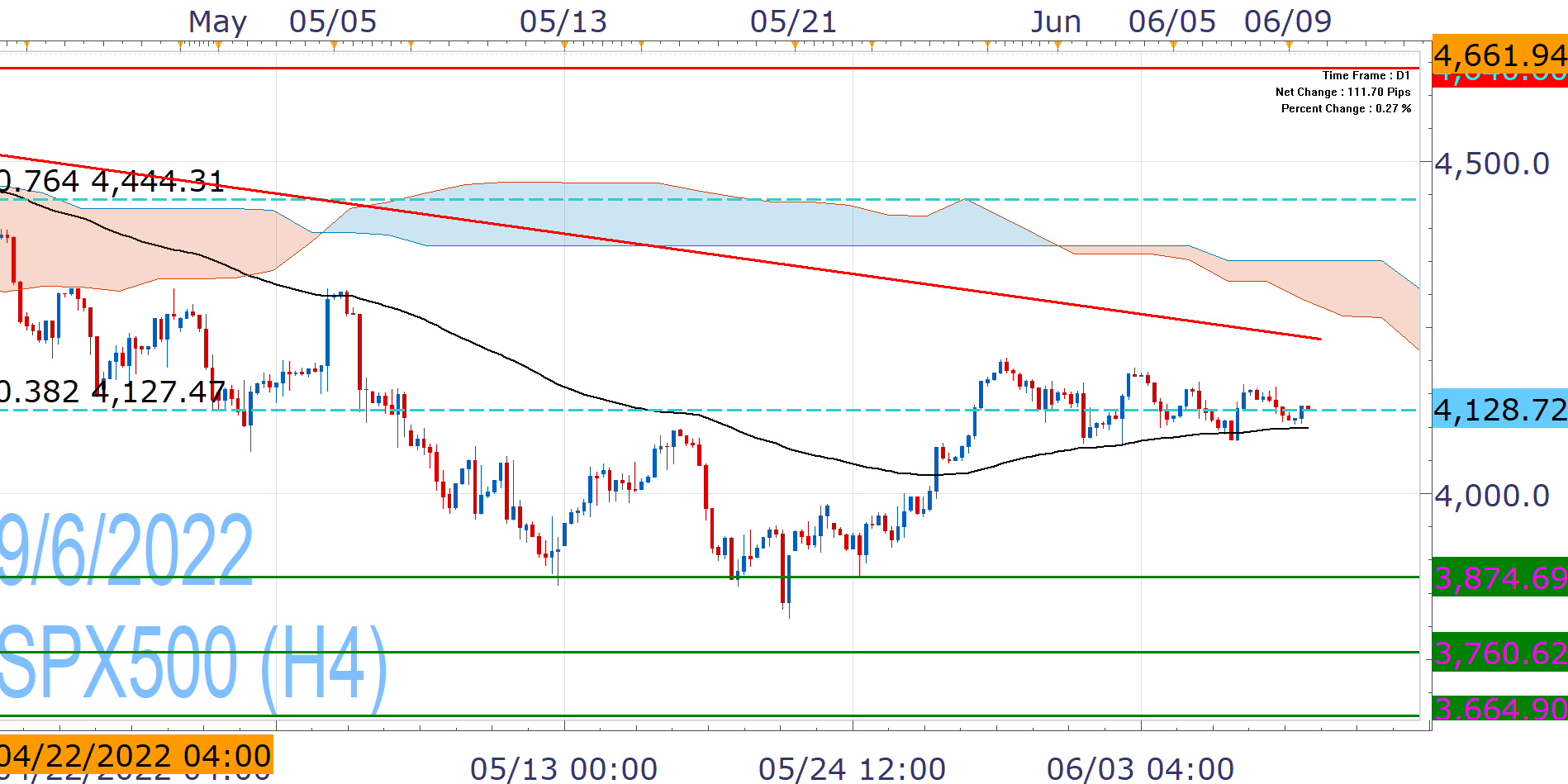