This was the last big week from an earnings prospective, with large US retailers, EV startup Lucid and tech giant Nvidia standing out.

Traditional US retailers were front and center this week and Target released its Q3 2021 results [1] on Wednesday before the US market open, with the holiday season being almost here. 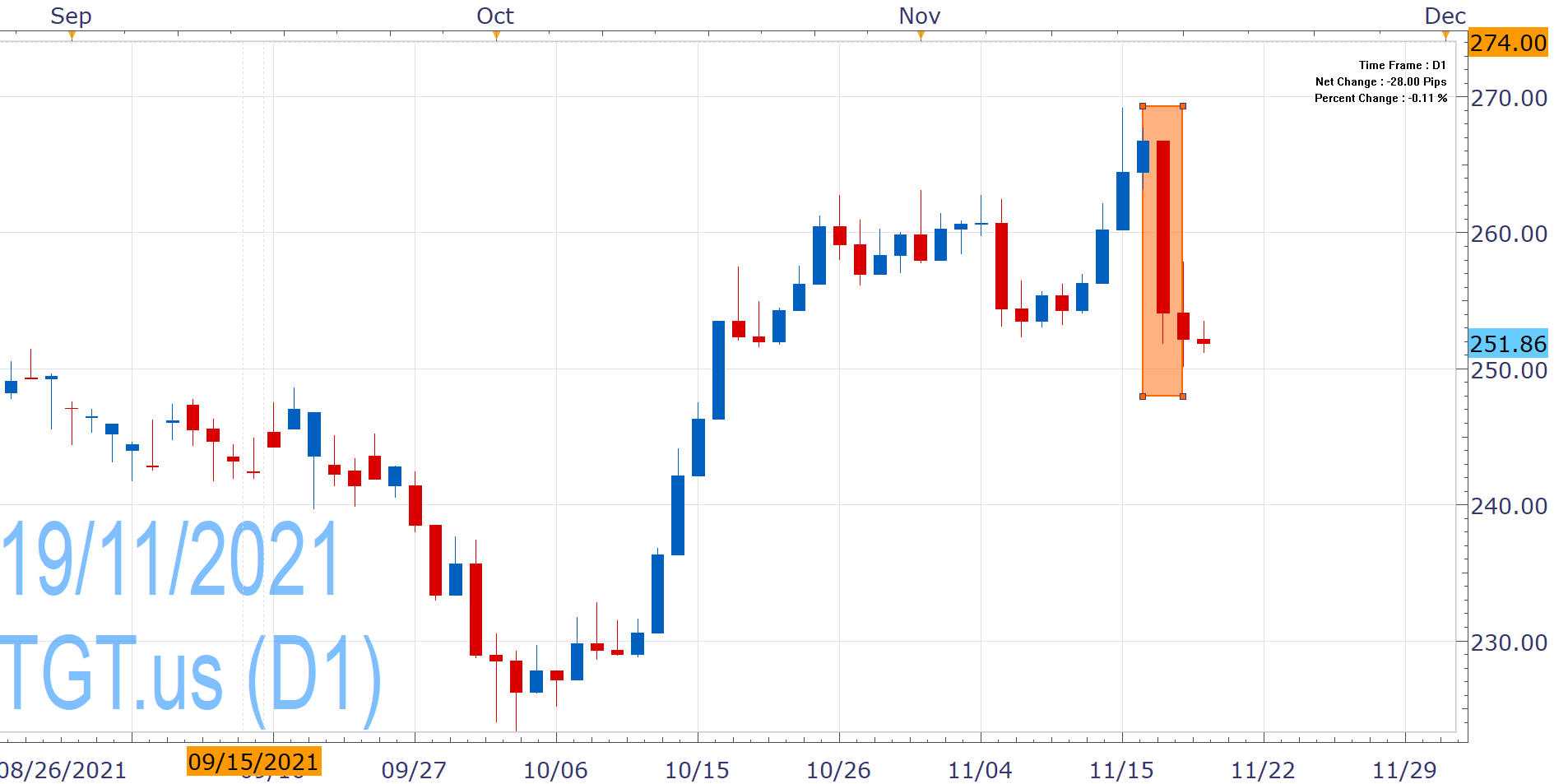 The stock of the Chinese tech giant shed more than 10% in New York on Thursday, after the release of its financial results for the third quarter of the year [2].

The report came in the aftermath of the 11.11 Global Shopping Festival (Singles Day), which closed last week with record US$84.54 billion in gross merchandise volume [3].

Alibaba downgraded its Revenue guidance for fiscal year 2022, expecting it to grow 20% to 23% year-over-year.

The telecommunication giant announced 5% y/y rise in Group Revenue for H1 FY 2022, to €22.489, with the German market being the largest contributor [4].

Investors reacted positively to the data, sending VOD.uk higher on Tuesday, after the release of the results.

The firm reported blowout results for Q3 FY2022 on Wednesday, after US markets closed, sending NVDA.us to new all-time highs.

One of the highlights was the 55% y/y surge of its Data Center business and the upbeat projection for the next quarter, while a source of disappointment was Cryptocurrency Mining Processor (CMP) business.

The hot EV startup that only started its first vehicle deliveries a few weeks back, released its Q3 results on Monday after US close, and provided update to its Reservation figures, which stood at more than 17K as of November 15.

Lucid also announced that its Air model, was named Car of the Year 2022 by MotorTernd.

LCID.us rallied more than 20% on Tuesday after the report, before declining over the following couple of days.

The week opened with the announcement from the European conglomerate of a large 255 A321neo Family aircrafts order, which boosted the stock to fresh monthly highs. AIR.fr however closed the week with losses, as it retreated over the following days.

The earnings season draws to a close as most "heavy" names have reported their quarterly results by now. The companies that stand out during the week of November 22-26, are Zoom on Monday, Chinese EV maker XPeng (XPEV.us) and smartphone manufacturer Xiaomi (XIAO.hk) on Tuesday.