Last week Tesla and SpaceX founder Elon Musk delivered some interesting insights as he took part in the CEO Council Summit, hosted by the Wall Street journal. Musk spoke about AI, U.S. Innovation, Tesla, Neuralink, and of course future missions to Mars. Elon Musk is one of the most entertaining and visionary CEOs out there, and this time around he did not disappoint.

In this article we take a look at some of the most interesting outtakes:

Tesla apparently doesn't need any government support, according to Musk. He was asked to deliver his thoughts about Biden's infrastructure bill. He pointed out that no one at Tesla give it any consideration.

He pointed out that ''the vehicle purchase tax credit, the $7,500, Tesla stopped getting that, like, two years ago. Whereas everyone else, I think, except for GM, still gets the $7,500 tax credit.'' and went on to say ''Tesla's made basically twice as many electric vehicles as the rest of [the] industry combined. And we don't need the $7,500 tax credit''

Support for the charging network is also deemed unnecessary. ''I'm literally saying get rid of all subsidies'' Elon added.

The money and efforts, he thinks, should be directed towards resolving city traffic and congestion problems. New infrastructure should include tunnels and double-decker highways to facilitate the ever increasing traffic. As the world moves towards autonomous vehicles, we are likely to see more cars on the roads, and traffic is only going to get worse.

The new Cybertruck will be Tesla's best ever, according to Musk:

''It has a lot of new technology, so it's a hard car to make. But it will be awesome. And I think I've said before, but, you know, we're aiming for volume production in 2023. And I will provide a more detailed product update at the Tesla earnings call early next year.'' 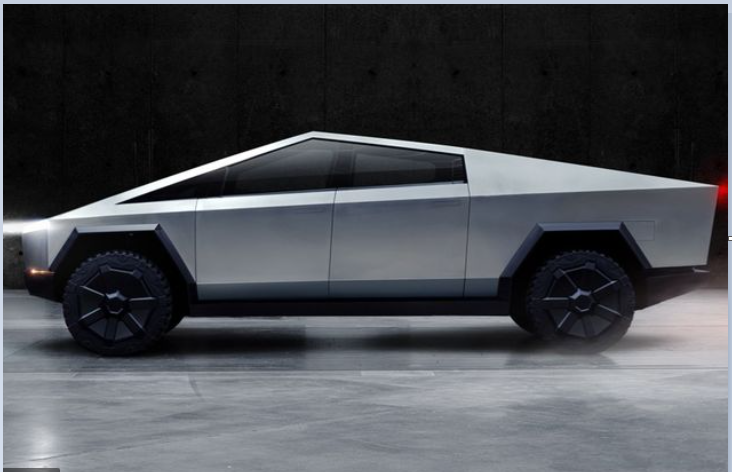 Musk has famously appointed himself as the ''Technoking'' of Tesla. During the conference, made a comment regarding job titles at Tesla:

''technically I changed my title to Technoking. And by the way, this is a formal SEC filing. I'm legally, or whatever, Technoking. I just did that as kind of like a joke, just to show that these titles don't mean a lot.''

Elon vs The Government

Towards the start of the conference Musk expressed concerns about the ever increasing government spending, and shook the audience by saying it would be better if the infrastructure bill doesn't pass.

His most controversial comments however came later on, when questioned about the role of the government:

''So why would you want to give a corporation with no competition, that can't even really go bankrupt, more money?''

This comment has already gone viral, but it came after Musk had to defend himself from politicians such as Bernie Sanders and Elizabeth Warren, who have implied that billionaires, and Musk in particular, do not pay enough tax.

In the conference, he was factual and provided a figure of 53% marginal tax rate. On twitter however, Musk came into his own: 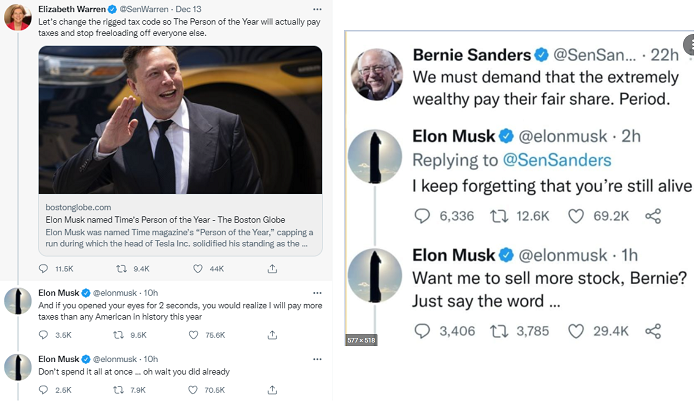 AI and the Tesla Bot

Elon Musk considers Tesla's AI to be ''the most advanced, practical AI for navigating the real world.'' and that ''Tesla as, like, the world's biggest robot company. Or a semi-sentient robot company. The car is kind of a robot on four wheels''.

The technology itself could even be used on a humanoid robot. Tesla is not able to do that yet, but the founder is confided they will get there at some stage.

''Neuralink's working well in monkeys. And we're obviously doing just a lot of testing. And just confirming that it's very safe and reliable and that the Neuralink device can be removed safely. People may have seen the demo that we published earlier this year: the video of a monkey playing the videogame Pong telepathically using the Neuralink in its brain.''

A monkey playing a video game using a brain implant sounds like science fiction to most, and it's hard to believe this is real but it seems there is a team of scientists out there at one of Elon's companies making this sci-fi trope a reality.

This man is obviously at the forefront of innovation in many areas. The technology being developed promises to be quite profound. While he is busy changing the world, we will follow the new and significant developments at Tesla, SpaceX and Neuralink.