There is also very different communication from each's central bank. At the monetary policy report hearing on Monday, BoE governor, Andrew Bailey, admitted to being "very uneasy' about inflation. Although the BoE did not raise rates at the last meeting, there were two dissensions to the vote.

The ECB has taken the approach to push back on calls for higher rates despite inflation. On Monday, President Lagarde warned European lawmakers that rate increases could disrupt the Europe's recovery. 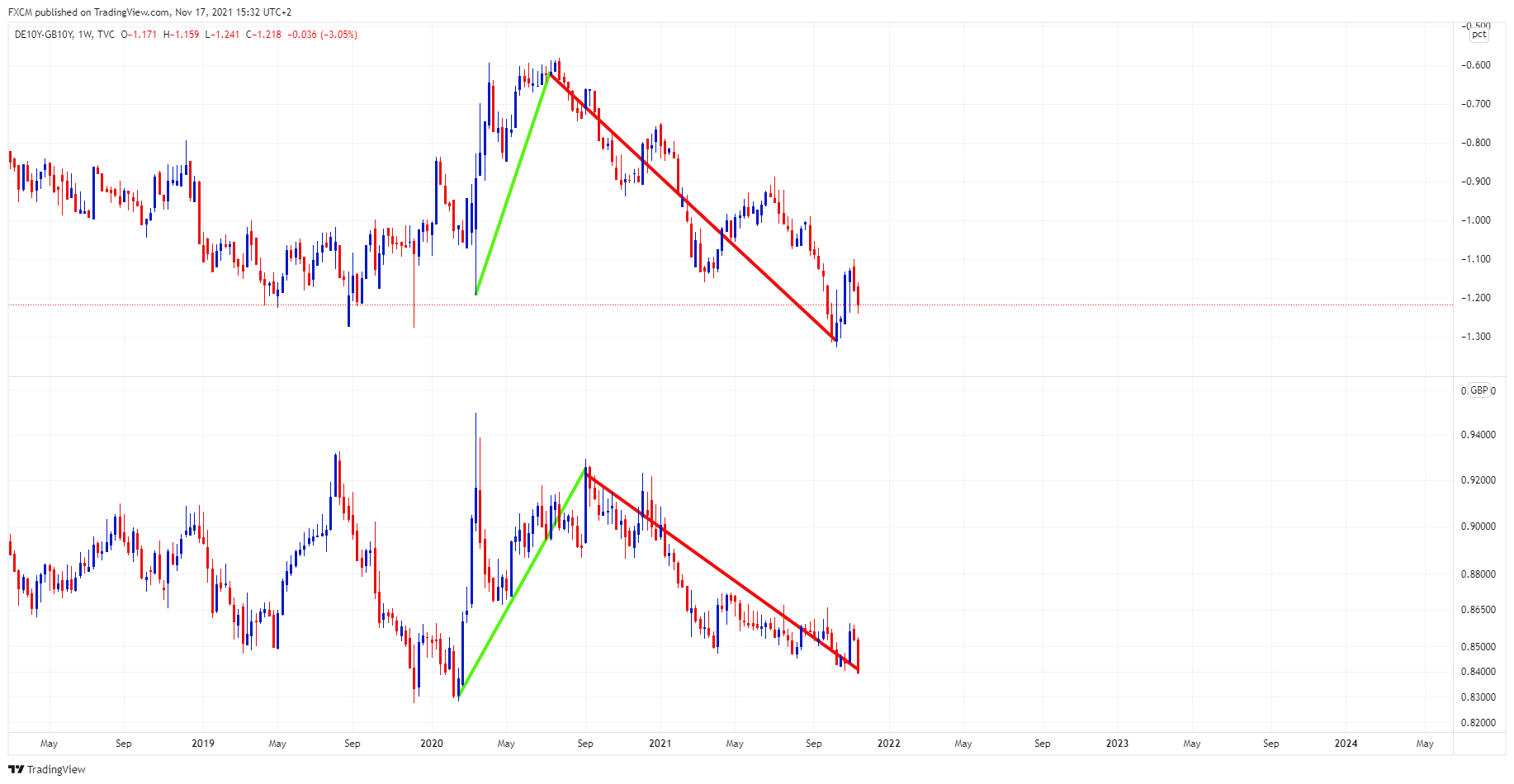 Past performance is not an indicator of future results
Source: www.tradingview.com

These two different approaches reflect in the spread between German bunds and British gilts (top chart). The bottom chart shows the spread's effect on the EURGBP. Of note, there is a stong correlation between the two charts. The red negative sloped trendline shows the gilt adjusting to higher rates ahead. The lower chart show's the forex markets response; a significant EUR decline against GBP.