The German government stepped up to the Alert Level of its Emergency Plan for Gas, due to falling supplies from Russia and the persistently high prices, on Thursday [1]. This is the second level of the action plan that had been activated in late March and includes measures such as, cutting gas consumption used for electricity generation.

One of the world's largest energy suppliers, Germany's E.ON SE, talked of "comprehensible" response by the government and stressed that the supply of gas to end consumers by its operators, continues to be "reliable and secure". [2]

EOAN.de dropped yesterday and extends its losses at the start of today's session.

The German economy has shown resilience so far, as GDP grew by a healthy 3.8% in Q1 year-over-year, but fears of stagflation have risen, as the European Central has pivoted to a more hawkish stance in order to contain record high inflation.

As per its latest policy decision earlier this month, the ECB now expects interest rate lift-off in July by 0.25% and sees further hikes ahead, of potentially larger size.

This monetary tightening can hamper economic activity in Germany and the Euro Area and also cause further pain for stock markets.

The German index dropped yesterday to three-month lows and heads towards its fourth straight losing week, erasing around 10% this month, at the time of writing.

Recovery efforts towards 13,428 would seem reasonable, but we struggle to see how GER30 can challenge the key the 13,800-70 region, which is defined by the EMA200 and the upper border of the daily Ichimoku Cloud. 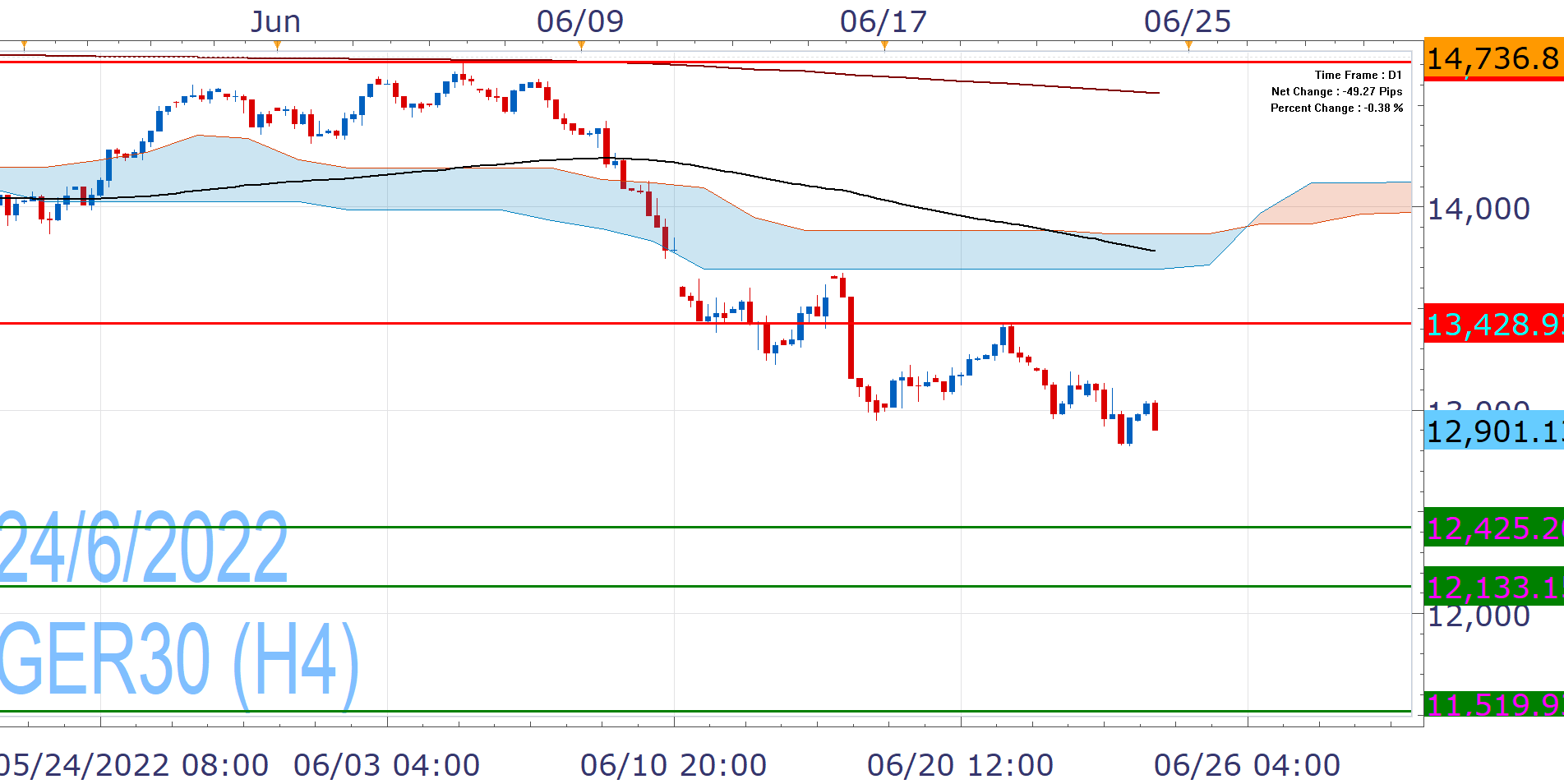