Below are the daily charts of the Dow Jones Industrials (US30 on the left) and the Nasdaq (NAS100 on the right). The US30 maintains its position in the bullish area, between the upper blue and red bands (zone 1). Its stochastic is above 80 (aqua rectangle), suggesting a relatively stable upwards momentum. Conversely, the NAS100 has declined over the last two trading days and now finds itself in the bearish area, between the lower blue and red bands (zone 3). Its stochastic has also capitulated, dropping below 80 (red rectangle) as momentum turned bearish.

Yesterday's candle, in particular, for the NAS100 is a long red candle. This indicates a certain panic as market participants exited their positions as quickly as possible. Thus, there was a stark difference in reaction by the two indexes to the Fed's December minutes, which were aggressive and hawkish in tone. The reason for this divergence is that the respective indexes are adjusting as per their inherent time value of money characteristics.

The US30 is made up largely of established dividend-paying blue chips. The NAS100, on the other hand, is a growth index. Growth companies tend to reinvest income into their businesses until a critical mass is reached before they will distribute profits to shareholders. In other words, the cash flow to investors in US30 companies is nearer than the cash flow to investors in NAS100 companies. The time value of money suggests that money today is worth more than the same sum of money in the future. This tenet of the time value of mine is what played out yesterday. It is a theme that we need to continue to monitor. We may see a meaningful rotation of relative strength towards the more mature cyclicals index, and away from the growth-oriented side of the market. 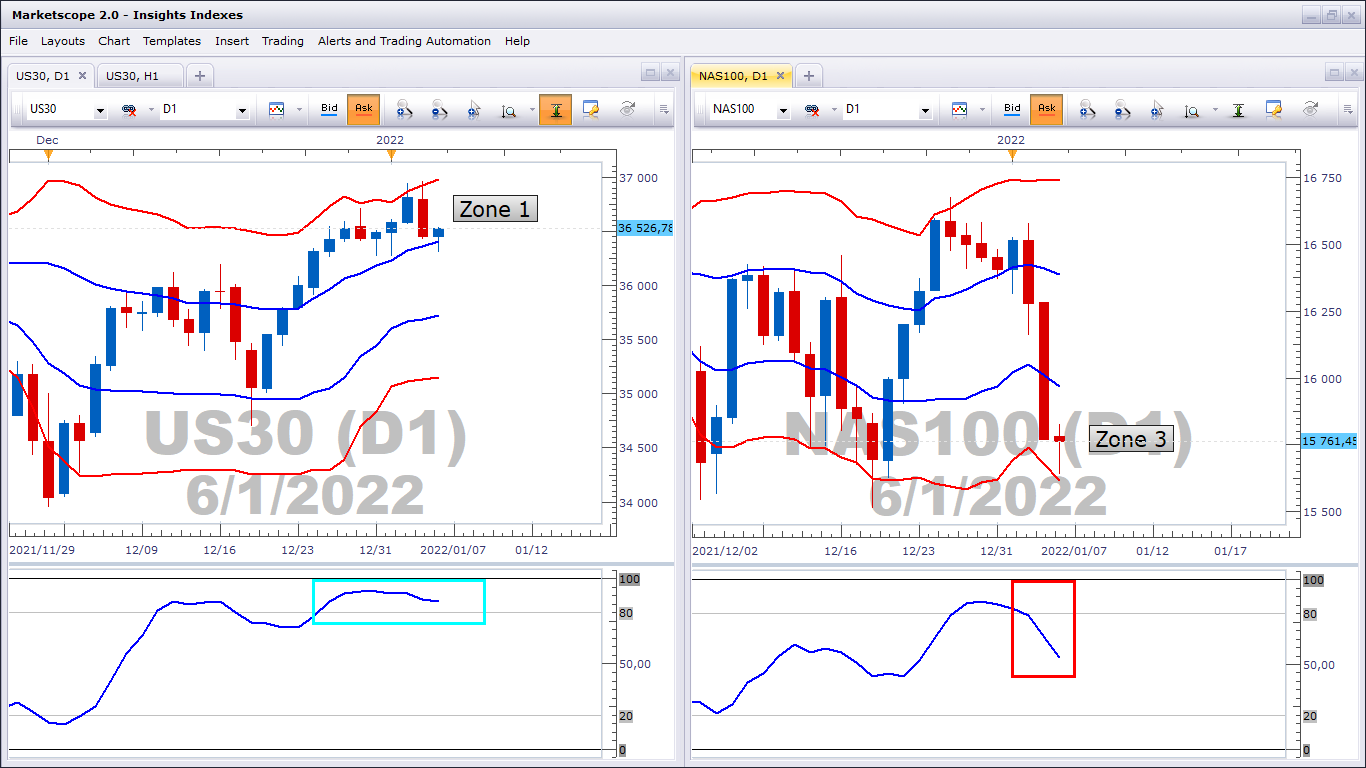