The German index starts the week on the front foot, as European markets take their cues from their Asia-Pacific counterparts. Sentiment seemes to be lifted lifted by factors such as further Covid-19 lockdown easing in Beijing, which will now allow the return to workplaces and dine-in services to resume. [1]

On the other hand, the hawkish shift of the European Central Bank could weigh on the Index, with the policy decision expected this Thursday. President Ms Lagarde, had recently hinted at a conclusion of the asset purchases program early in Q3, rate-lift-off in in July and an exit out of negative rates by the end of the third quarter. [2]

GER30 had a good May and the current month is also profitable so far. Today's bullishness gives it the chance take a shot at the 200 Days EMA (at round 14,740), but the immediate upside contains multiple roadblocks.

Despite the solid start to the week, we are cautious around its ascending prospects, given the roadblocks ahead and the fact that the Relative Strength Index (RSI) had not followed GER30 higher on Friday.

This divergence can lead to downwards pressure and a test of the EMA200 and the upper border of the daily Ichimoku Cloud (at around 14,200), but a catalyst will be needed for further weakness below the lower band, which would expose it to the ascending trendline form this year's lows (13,680-70). 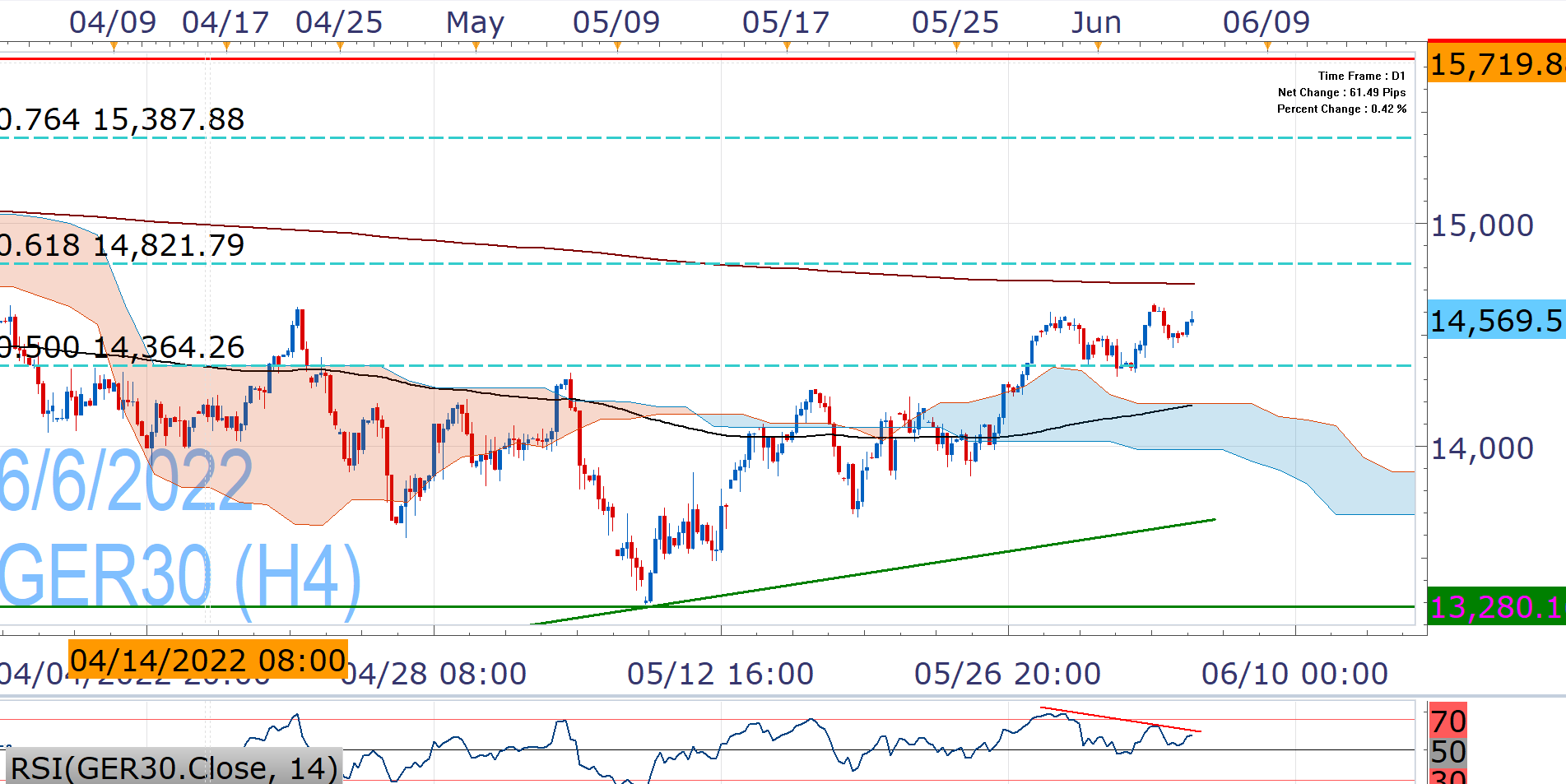