The German index registered its best day of the year on Tuesday, staging a relief-rally, after the late-November collapse that had been fueled by the Omicron variant news.

The second half of the week has not been that good though and today it is soft - following two losing days. It now trades back below the EMA200 on the H4 chart and breaches the upper part of the Daily Ichimoku Cloud (at around 15,600). 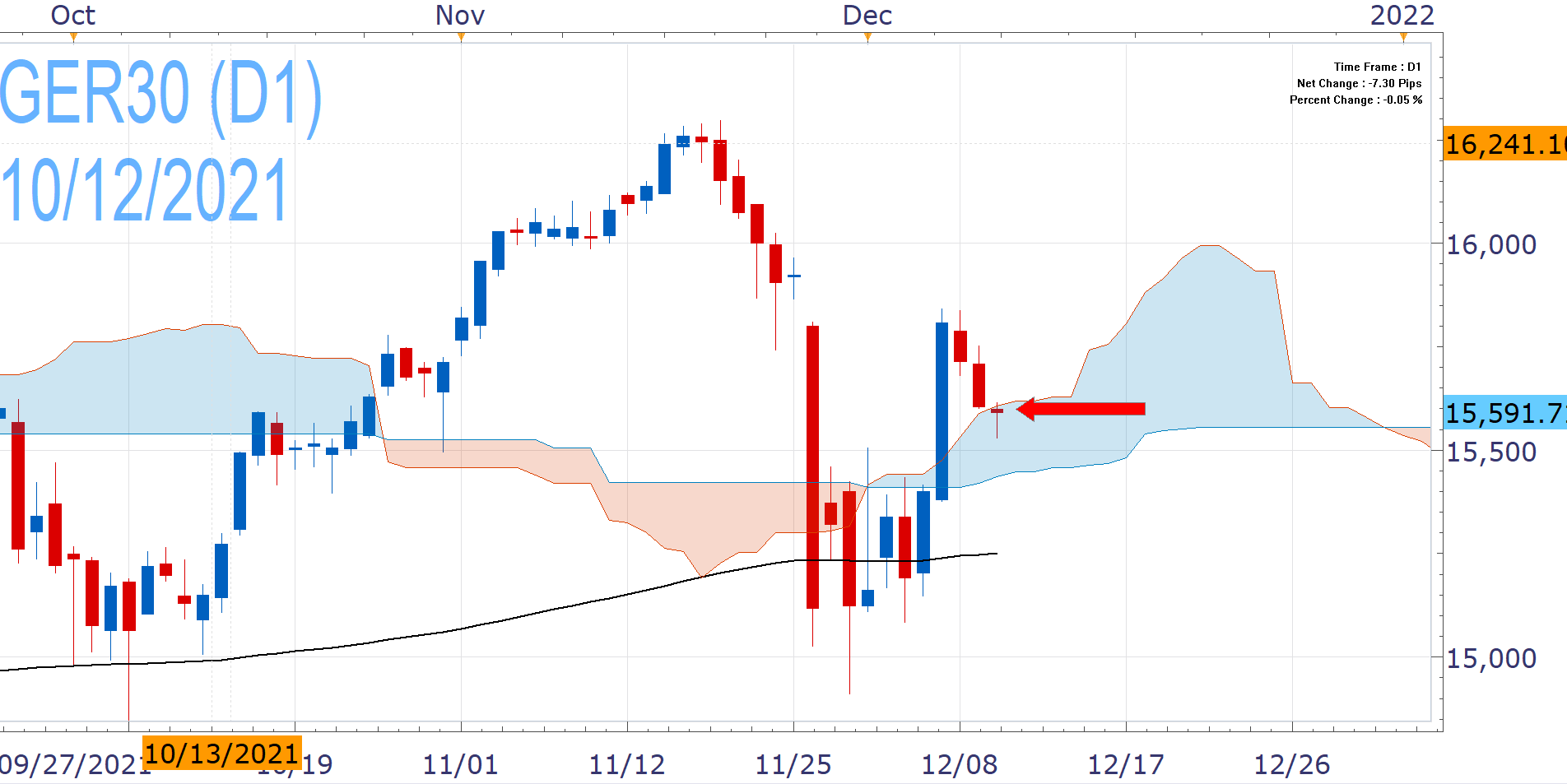 This puts near-term bias back on the downside, and makes it vulnerable to the key 15,320-15,450 region that includes the ascending trend-line from last month's lows and the Daily EMA200. This region can contain further weakness, but a break could open the door to sub-15,000 moves.

Despite today's indecision, sentiment around the Omicron variant has improved and the European Central Bank's persistent dovish rhetoric is supportive. Furthermore, GER30 heads towards its second straight profitable week and this gives it the right to push for fresh December high (15,845), although it does not yet inspire confidence for new record highs (16,302).