Trade some of the most popular cryptocurrencies in the world.

FXCM's Bitcoin Spreads are among the tightest in the industry.

This table is for comparative purposes only and does not indicate any future performance levels. The spread figures are taken from prominent UK competitor websites and are correct to the best of our knowledge as of August 17, 2020. FXCM cannot guarantee the accuracy of such figures and is not liable for errors, omissions or delays or for actions relying on this information. Please refer to the respective CFD broker's website to get familiarized with the assumptions or basis used during the calculation of the spreads. Please note that overnight charges may differ among brokers and are not included in this comparison. 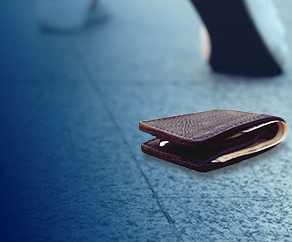 The Libra Association announced 1 December 2020 that it was going by the name the Diem Association, a move designed to help signify the project's evolution. The organisation stated that…

Bitcoin has experienced multiple bull markets, and this latest one, which began in 2018, is markedly different from the last. Between late 2018 and the time of this writing in…

There are thousands of cryptocurrencies in existence, and to make matters even more complicated, these digital assets are trading on a large number of exchanges. With all these data points,…

Bitcoin, the world's most prominent digital currency, came into existence in early 2009. While the digital currency went largely unnoticed by global authorities in its early years, it has since…

In the months since the novel coronavirus (COVID-19) gained global visibility, governments around the world responded by taking drastic action. At the time of this writing (27th March 2020), health…

FXCM has variable spreads that will widen and narrow subject to market conditions. Spread data is based on information published on https://www.fxcm.com/za/cryptocurrency/ on August 17th 2020.

CMC Markets has a fixed minimum spread of 37 as published on https://www.cmcmarkets.com/en/cryptocurrencies on August 17th 2020.

IG has a spread of 36 as published on https://www.ig.com/uk/cryptocurrency-trading on August 17th 2020.

City Index has a spread of 35 as published on https://www.cityindex.co.uk/bitcoin-trading/ on August 17th 2020.

Average Spreads: Time-weighted average spreads are derived from tradable prices at FXCM from July 1, 2020 to September 30, 2020. Spreads are variable and are subject to delay. The spread figures are for informational purposes only. FXCM is not liable for errors, omissions or delays or for actions relying on this information.

Live Spreads Widget: Dynamic live spreads are available on Active Trader commission-based accounts. When static spreads are displayed, the figures are time-weighted averages derived from tradable prices at FXCM from July 1, 2020 to September 30, 2020. Spreads are variable and are subject to delay. Single Share prices are subject to a 15 minute delay. The spread figures are for informational purposes only. FXCM is not liable for errors, omissions or delays, or for actions relying on this information.